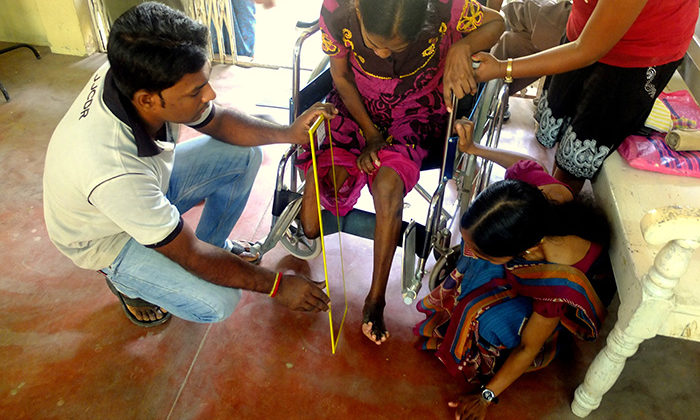 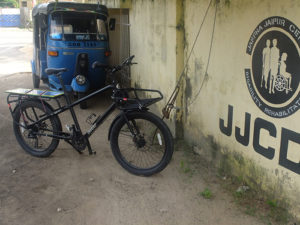 This is my 3rd visit to Sri Lanka, but only my first for my ‘Me and My Mirror’ project.  I’m on a bicycle again, this time, thankfully.  I’m saving work in Colombo until I’ve maybe sharpened up my game again. So I rode 5 days up here to Jaffna on the very northern tip of the island-nation. Jaffna is Tamil heartland and the home of the Tamil Tigers (LTTE). Your Tigers are, I think disbanded; but Tigers can be secretive… they don’t generally announce when they are fucking off.

But the last firefights were not that long ago: North of Trincomalee between 2007 and 2009. Plus I was here in 2007 when the Tigers used 2 home-made airplanes (!!!) to drop a handful of large home-made barrel-bombs on the SL Air Force planes at the Colombo civil airport. They moved around in home-made submarines too.  Do not mess with a Tiger.

So anyhow here I am and it’s goin’ really well. The whole NGO community has basically abandoned Jaffna; it’s not in the news, see. And they’ve moved down to Colombo (where? – see? It’s not in the news, but for the odd Horrible Giant Incoming Wave). So when the media leaves, so, by and by, do the NGOs. It kinda makes me crazy. I mean, when was the last time you read about Afghanistan? It’s not exactly ‘peaches and cream’ there, yet, after all that fucking shock and awe.

But I digress, which is what I do…   Jaffna is a good place for me to work: there is plenty of ordnance still in the ground here and plenty of people mutilated by war.

Sri Lankans also seem to have a genetic pre-disposition to diabetes and other circulatory issues. That might be a naïve thing to say. But I’ve been around. I mean, their diet is not that bad (super-tasty, if you ask me… and lots of fruit… definitely not anywhere near as rich or fatty as N Indian cooking… right?) and the peeps in general do not tend toward obesity and sugar or sweets do not seem to me to be, like, hyper-prevalent and nor do they smoke much… as a rule and in general. Okay, the men can tend towards ‘paunchiness’, and sometimes to a comical degree… but a paunch is a different thing from what we see so very often in ‘Murica, and Canada, eh? So they just got a rum deal, vascular-wise. Cuz I’m treating a TON of vascular lower-limb amps. Go figure. I see people whose limbs are failing, in a vascular sense, absolutely everywhere. But that is someone else’s discourse. I just want to hit them on the head with a mirror if they are so truly unfortunate as to lose a limb. Bang.

Another week or so in Jaffna, then ride my bike down to these tough towns North of Trincomalee, where the weather right now is SHIT … there are, understandably Zero tourists… and where the last of the fighting was and the last of the bombs are.

Hopefully, this time I’ll have a tailwind.

For now, it’s 09h30 tomorrow at the ‘Jaffna Teaching Hospital’, with all the P Rehab Therapists and their #1 orthopedic surgeon. I’m stoked. That hospital, though, man, it’s like a Kafka story… a human jungle and the people are pretty much roasting goats against the perimeter wall. Which makes sense, cuz it’s shaded. And shade can be hard to find. 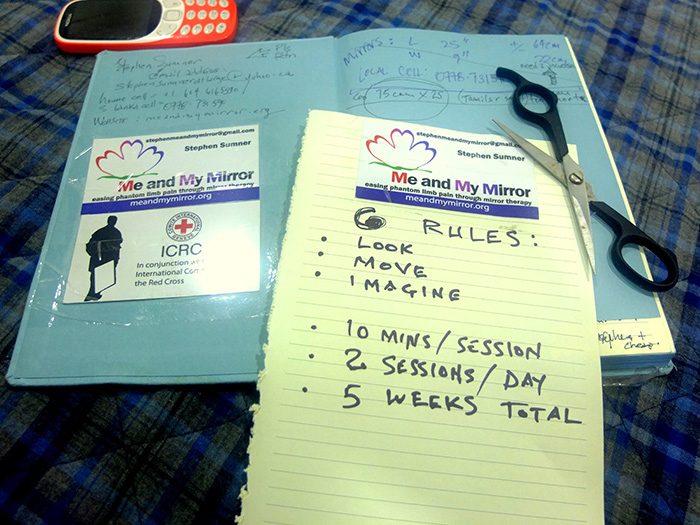